“Moral accountability and implicated subjects from Yugoslavia to Trump,” The Disorder of Things, July 4, 2020.

“The Meaning of Genocide and the Political Stakes of Naming,” The Disorder of Things, July 4, 2019.

“What do we really measure when we talk about ‘scholarly impact’”? International Studies Quarterly symposium “Scholarly Influence and the Shaping of International Relations Debates,” March 31, 2016.

“Could the peace deal in Colombia be a model for other conflicts?,” The Conversation blog, October 8, 2015 (with Jennifer McCoy).

“The Promise and Peril of Regional Truth Telling in the Balkans.” Pulsdemokratije (Bosnia and Herzegovina), February 2010.

“Without Addressing the Past, Reconciliation in the Balkans is Fleeting.” International Affairs Forum, Fall 2009. 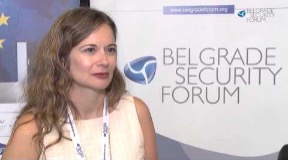 “After Mladic’s Conviction, Can Serbia Face Its Past?” Balkan Insight, November 23, 2017.

“The Cynicism of the Croatia-Serbia ‘Atrocity Olympics.’”  Balkan Insight. April 3, 2014.